People will have different responses on hearing your news. My wife and I decided we wanted to tell the people closest to us that I’d been (mis)diagnosed with ALS ourselves, even if by phone.

We discovered a range of reactions:

The range of reactions to your news might be quite broad. We quickly discovered that whist delivering this news, we needed to take care of people in doing so. Letting the people who care about you know that your life may soon end, will create a shock wave – it’s hard to predict with certainty people’s responses. It’s also not unusual for the person who has the illness to become the strongest person in the picture.

I recently heard a story of a man diagnosed with terminal cancer. He invited his closest friends around for a put-luck dinner and told them the news. Many broke down in tears and he spent most of the night consoling them.

Letting people know and taking care of them:

Regardless of people’s responses to your news, there’ll be a shockwave to ride. Think of it as a measure of how much people care for you which, I suggest, is something to be acknowledged and to take comfort in.

Welcome. These strategies are for people who’ve been diagnosed with a terminal or life threatening illness. If that’s you, I’m sharing them because I know something about what you’re going through, they helped me and so maybe they can help you too.

Click here to learn more about the purpose and background of these posts.

Strategies for people with a life threatening illness 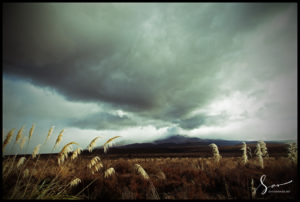